There are many of our ancestors that may be hiding just around the corner, waiting to be discovered, simply because we aren’t looking hard enough, or we’ve been putting them aside.  Such was the case for one of my ancestral families that I had seen the surname before, but paid little attention to, as I thought to myself “I’ll get to it sometime…” and then forgot about them…little did I know what I was about to discover.

We’ll begin with my grandfather, Ralph Harris Miller (1911-2002).  Ralph was born in Lykens, Dauphin County, PA to Raymond Miller and Jane Harris.  It’s through Jane’s mother, Ellen Rebecca (Hensel) Harris, and the Hensel family that I made the discovery.  Rebecca’s mother was Susan (Moyer) Hensel.

It’s worthy to note here that my early Miller family had settled in Berks County, PA in the Tulpehocken area, and gradually, either due to changing county lines or actually relocating, that my Millers made their way from Berks County to Tremont and Pine Grove in Schuylkill County, PA, and then to Wiconisco and Lykens.

My 3x great-grandmother, Susan (Moyer) Hensel was the key to opening the door to a magnificent ancestral family I finally took a look at.  Susannah Moyer (1832-1916), was married to John Hensel.  Susan’s father was Jacob Moyer (1804-1869) and her mother was Rebecca Ferree (1809-1893).  The Ferree family is the undiscovered ancestors that are taking center stage here.  The name Ferree is pronounced Free.  Below is a newspaper article marking the 83rd birthday of Susan (Moyer) Hensel.

Rebecca (Ferree) Moyer was the daughter of Joel Ferree (1775-1814) and Elizabeth Ferree (1778-1830).  Elizabeth and Joel were cousins.  Joel was born in Lancaster County, PA to Isaac Ferree and Mary Ferree, and died 24 Sept. 1814 near Baltimore, Maryland.  When I first saw that Joel had passed away near Baltimore, it intrigued me, because of the research I had already done on my other Baltimore families, the Timanus family and Earp family that fought at the Battle of Baltimore, 12 Sept. – 14 Sept., 1814, and it got me to wondering.

I had already discovered a cousin of Joel’s who was involved in the War of 1812, whose name also happened to be Joel Ferree, he was a Lt. Col. in charge of a PA militia, and he died of jaundice in Zanesville, Ohio in 1813, while he and his regiment were on their return trip home.  I then found on Fold3, a Joel Ferree, Private, in Captain Jacob Dietrich’s Company, 2nd Regiment, 1st Brigade, Pennsylvania State Troopers (commanded by Col. Adam Ritscher).  That’s when I had a hunch, and went on a search to see where Joel’s Company was when Joel had died.

Sure enough, I found another soldier in the same company, John Motter, who was also a private that indicated he was part of a company that went to Baltimore, to provide aid to the Maryland troops and the Baltimore citizens to fight off the British.  Luckily, as the various regiments of 4,000 PA soldiers arrived and encamped near Baltimore on the 14 Sept. 1814, the British troops were making their hasty retreat back to their ships.

Unfortunately, there were men that perished there as a result of disease or illness, or perhaps other unfortunate circumstances.  I can only assume that Pvt. Joel Ferree was one of those men.  I only have a record of his death date from the Pennsylvania Archives.  Again, just like my other 5x great-grandfather, Jesse Timanus, who died sometime before 1820, and was in the Battle of Baltimore, Joel Ferree left a young widow and left young children behind that would never see their father again.

As mentioned above, Joel was the son of Isaac Ferree and Mary Ferree, also cousins. A brother to Joel and another son to Isaac and Mary, was Isaac, Jr. (1780-1840).  The following history is where the Ferree family fit in to my considerable roots in Lykens, PA.

Before you read the history of Lykens, I wanted to give you an idea of how intermarrying cousins can complicate and confuse things.  I’ve charted the Ferree cousins that appear in the history below, color coding the parents with their child, so you can reference who is who:

The first settler of the “Upper End” of Dauphin County, also known as the Wiconisco (Whiconescong) Valley, was Andrew Lycans (1701-1756).  Originally settling on Swatara Creek in 1737, Andrew sold out in 1740 and settled on the west side of the Susquehanna River, along with some other settlers.  Where he settled, encroached upon the lands of the Shawnee Indians and their villages, which drew complaints from them. In 1748, the Lancaster County sheriff and three magistrates warned these settlers, but they did not heed the warning, as they probably considered the complaints empty threats.  So in 1750, upon orders from a committee appointed by the Lt. Governor, the under-sheriff with some men took the settlers into custody and burned their houses.  When the settlers were released by the Governor of the Province, Andrew Lycans took his family and settled on a tract of land, two hundred acres in all, situated on the north side of Whiconescong Creek.

In the spring of 1756, Andrew Lycan’s luck had run out.  Andrew, son John, John Rewolt and Ludwig Shott (neighbors of the Lycans family), were attacked by a large group of Indians at the Lycans property.  John Lycans and John Rewolt were shot and wounded, but made their escape.  Ludwig Shott, although wounded, as was Andrew, while attempting to flee, still shot and killed or wounded some of their attackers.  Ludwig and Andrew then caught up with the rest of the injured party and made their way to Hanover Township.  This is where Andrew Lycans died.  The rest survived.

Isaac Ferree and his son, Isaac Jr. surveyed tracts of land in 1826 where Lykens and Wiconisco now stand.  The tract of sixty seven acres that was struck down to Jane and Rachel Ferree for nineteen dollars and ninety cents, was actually for their father, Isaac Ferree, Jr., but he ordered the deed to be made in their names.

Isaac Jr.’s son, Joel B. Ferree (1809-1883) and his sisters Jane and Rachel, laid out a town on this tract and named it “Lykenstown”, in honor of the first settler, Andrew Lycans.  It subsequently became Lykens, the very same town my grandfather was born in.  How’s that for providence?  If Granddad were alive today, he would have gotten a big kick out of that!

Joel Ferree (1731-1801), played a very significant part in the Revolutionary War, as he was a prominent gunsmith, and one of the men who made the Pennsylvania (Kentucky) longrifle a household name.  A Joel Ferree longrifle is a rare commodity today.  The link below will take you to a page discussing the owner of a Ferree rifle. 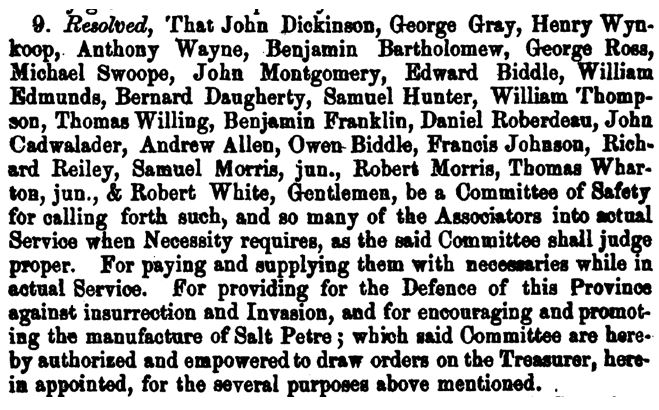 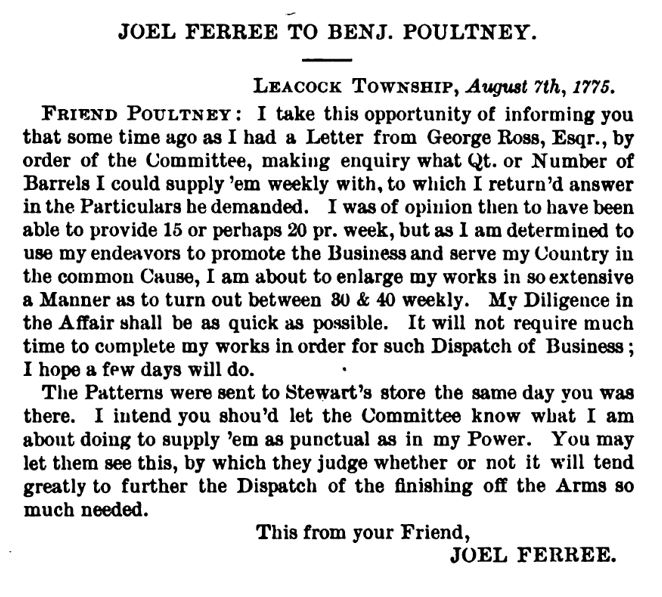 Venturing back further, Joel Ferree’s parents were Philip Ferree (1686-1753) and Leah DuBois (1687-1758).  The Ferree family were Huguenots, as were the DuBois family. See their history here:

Noted descendants of the Ferree Family:

So…don’t disregard those family names too quickly, or make sure you haven’t missed any in the first place.  You may be surprised what you will uncover with just one name.

The State of Pennsylvania Archives

Minutes of the Provincial Council of Pennsylvania, Vol. X, 1852

Notes and Queries, Historical and Genealogical, Chiefly Relating to Interior Pennsylvania, Vol. I, 1895

Special Notes of Thanks:

To my wife, Cheryl, without whom I could not do what I do!